This project in Cincinnati’s historic Over-the-Rhine neighborhood is made up of three separate buildings that were joined together as a church in the 1960s and 1970s. Additionally, there are two 19th century row houses and an early 20th century service garage. Unsympathetic metal and concrete screening panels were installed in the church conversion, along with drop ceilings, vinyl tile, and wood paneling, destroying much of the building’s original character. The garage opening had been filled in with concrete block.

Completed in early 2016, the project turned the three inter-connected buildings into a single family residence. The screening panels were removed, and the facades and cornices were restored and rebuilt. The garage door was reopened for vehicle access, and a new connector between the row houses provides an elegant front entry with a more sympathetic yet modern aesthetic, highlighting a new spiral stair to the third floor with a tall window above the front entry. A new wood deck was built across the rear to overlook the expansive terraced back yard. The interior is a gut rehab with all new insulation, finishes, and mechanical, electrical, and plumbing systems. The project was awarded LEED gold certification. 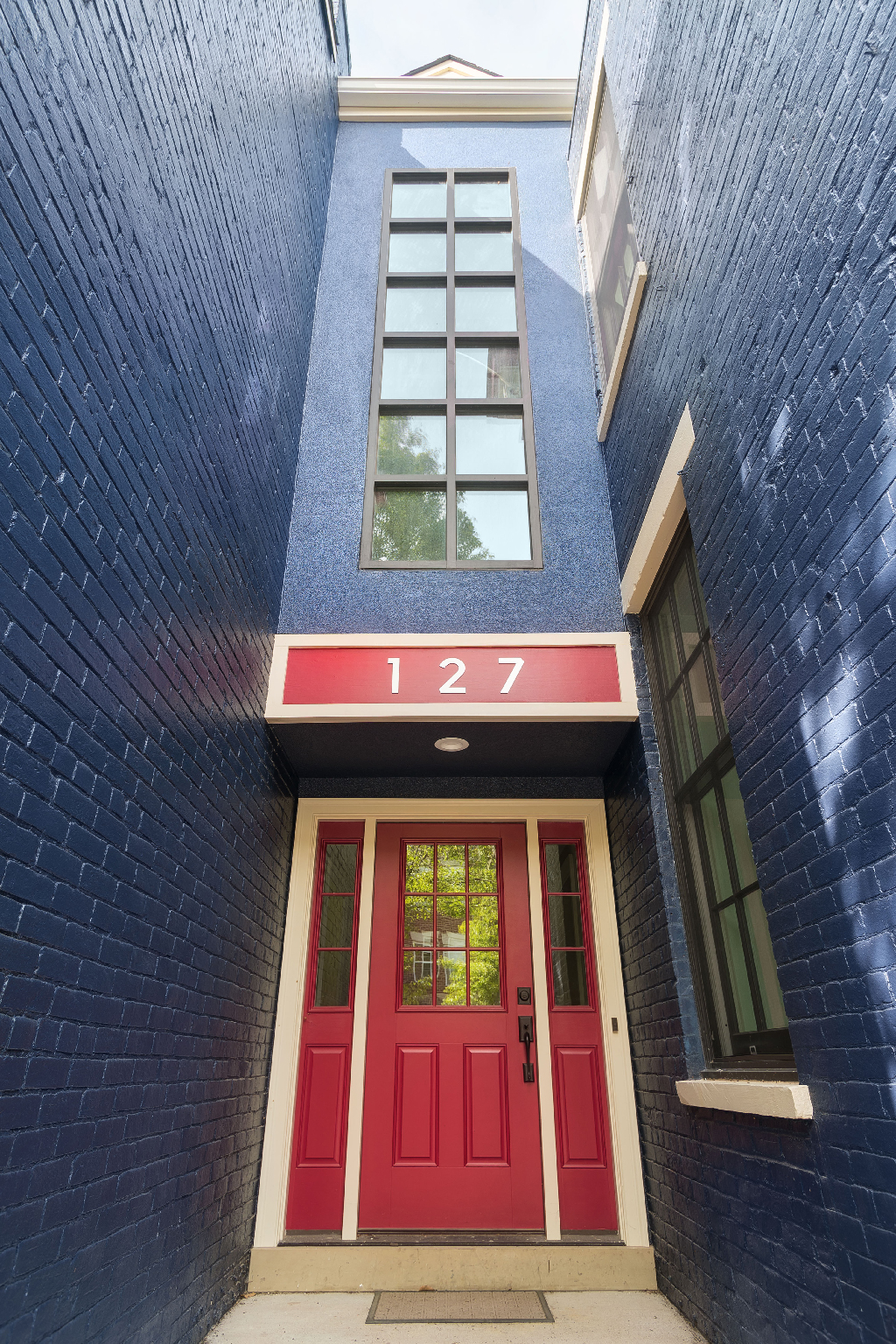 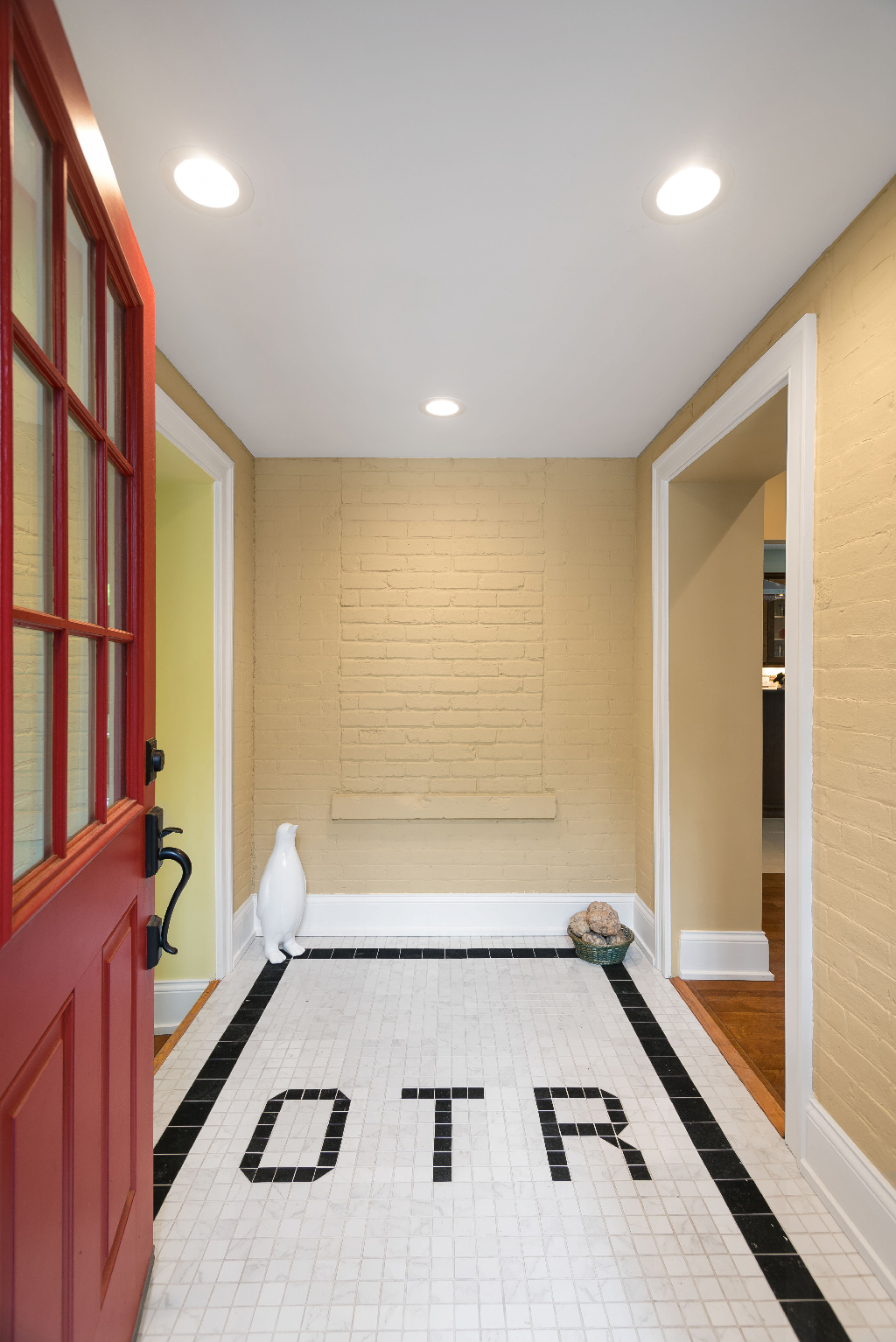 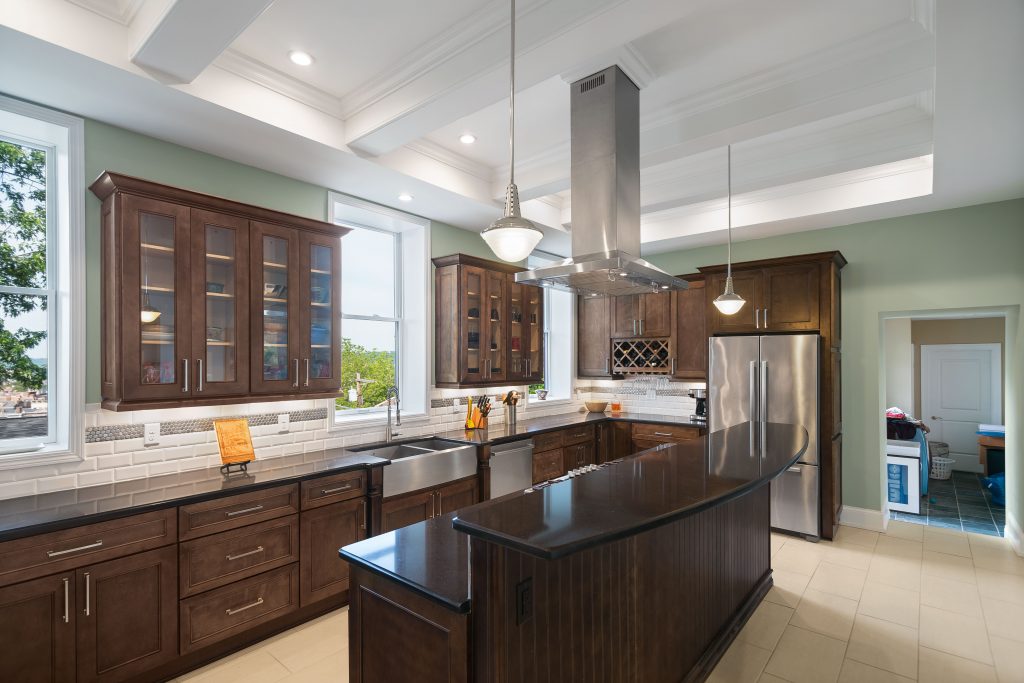 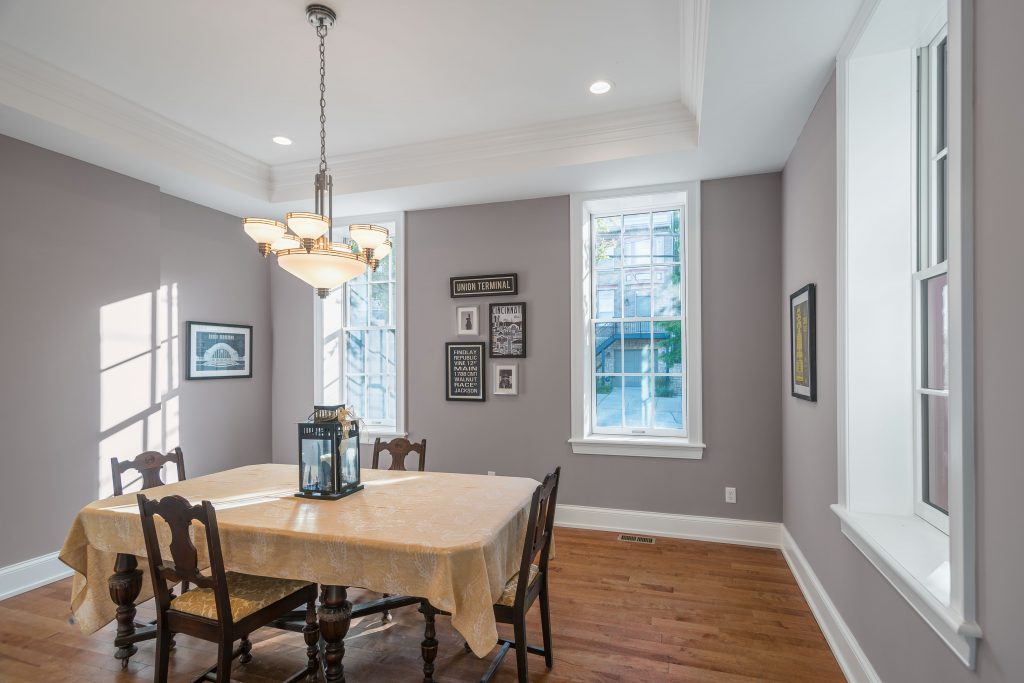 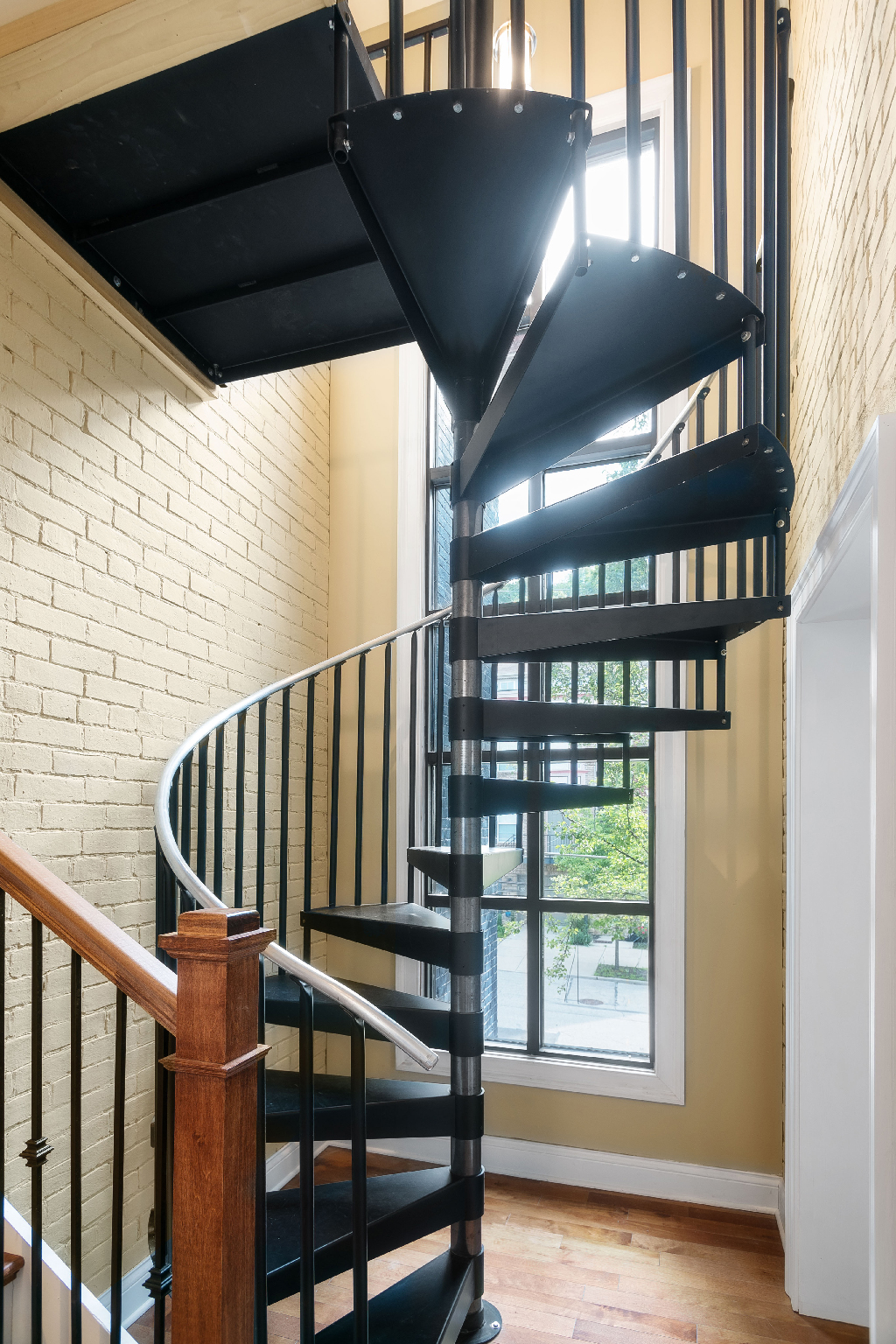 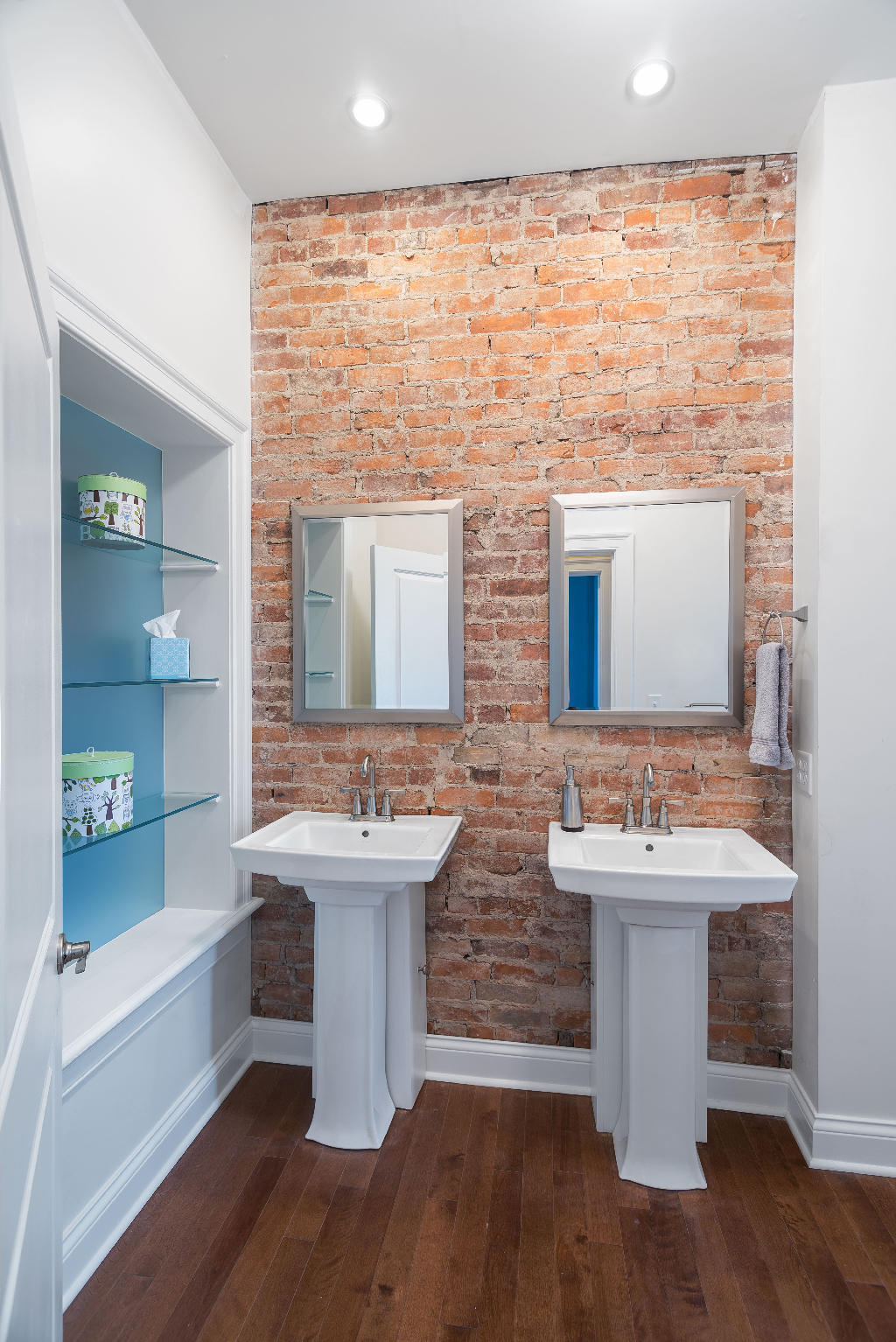 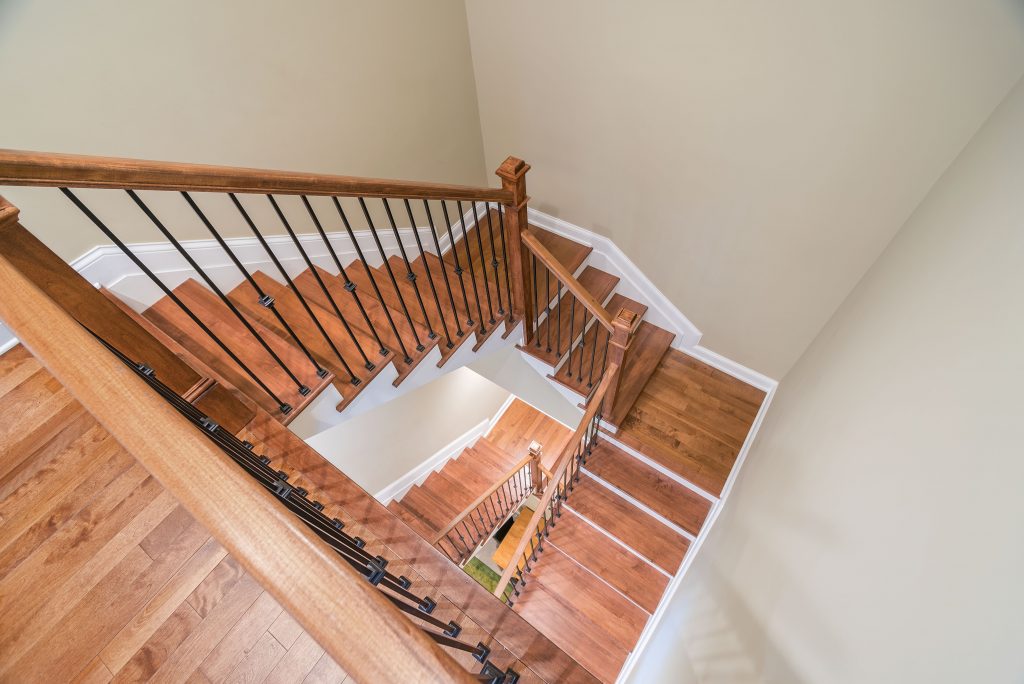 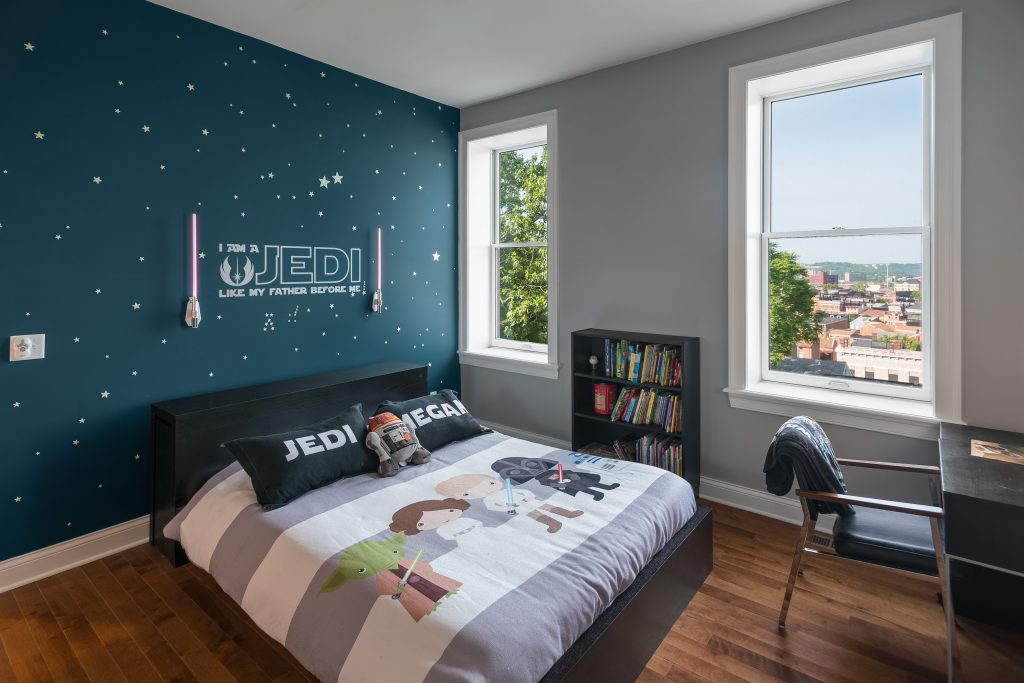 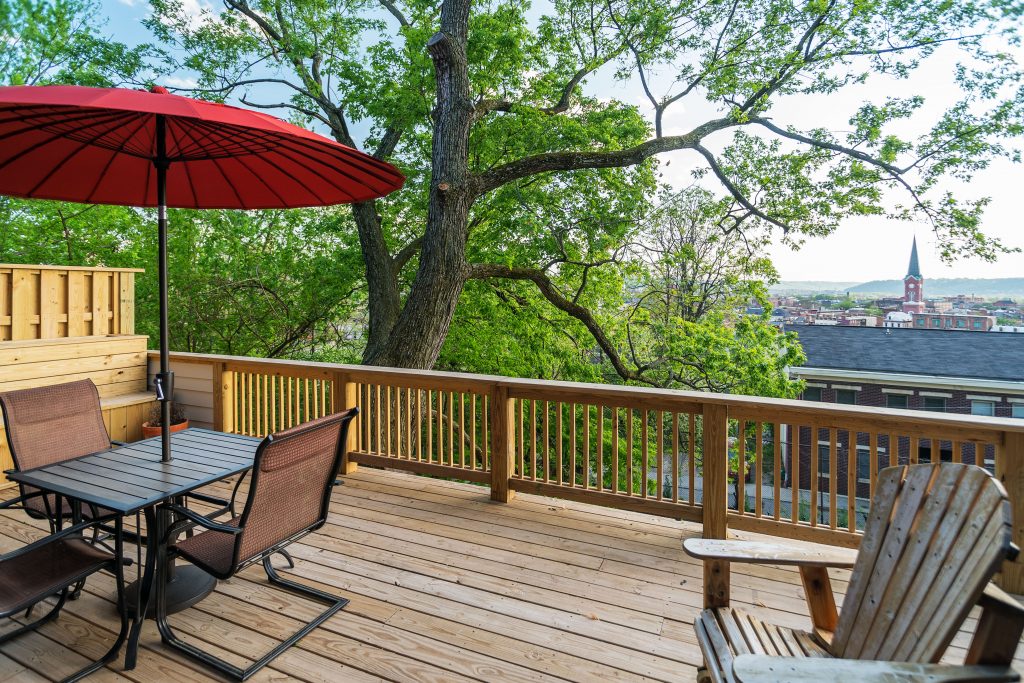